A part of cycling history could be yours. Only yours.

The end of the '90s: a decade today's forty-somethings look back on with nostalgia. France has just won the football World Cup and the Festina Affair has catapulted cycling to the forefront of international media.

Celebrated with great pomp, the year 2000 marks the beginning of a new millenium. Some fantastic prophecies predict the end of the world. These warnings - which fortunately never came true - are quickly forgotten. What we do remember however, are the Sydney Olympic Games.

LOOK is already a long-standing partner of the French National Track Cycling Team, and our in-house engineers have as usual pulled out all the stops to design another technological marvel: the KG 396.

Designed for the track and time trialling, this exceptional frame combines high modulus carbon layup with optimised aerodynamics and an offset fork to give its riders an undeniable edge. Exceptional, and built to win: its numerous victories are undiputable proof.

Learn more about the campaign

LOOK is offering participants the exclusive opportunity to win an iconic KG 396. The bike is a time trial model in size L.

LOOK has supported the Mécénat Chirurgie Cardiaque association since 2005, participating in various events and fundraising campaigns in the cycling world (Étape du Cœur, Tour de France, Gentleman du Cœur…). This year, we would like to help a child with a heart condition by offering up the famous KG 396.

To be in with a chance of winning, you can participate in our fundraising campaign by purchasing one or more tickets. We will be putting 1000 up for sale, at a price of 12€ each.

Beyond supporting a worthy cause and helping children with serious heart conditions in underprivileged countries, the person who wins the KG 396 frame will also be claiming a small slice of LOOK history. A history written by men and women passionate about their craft, and their brand. 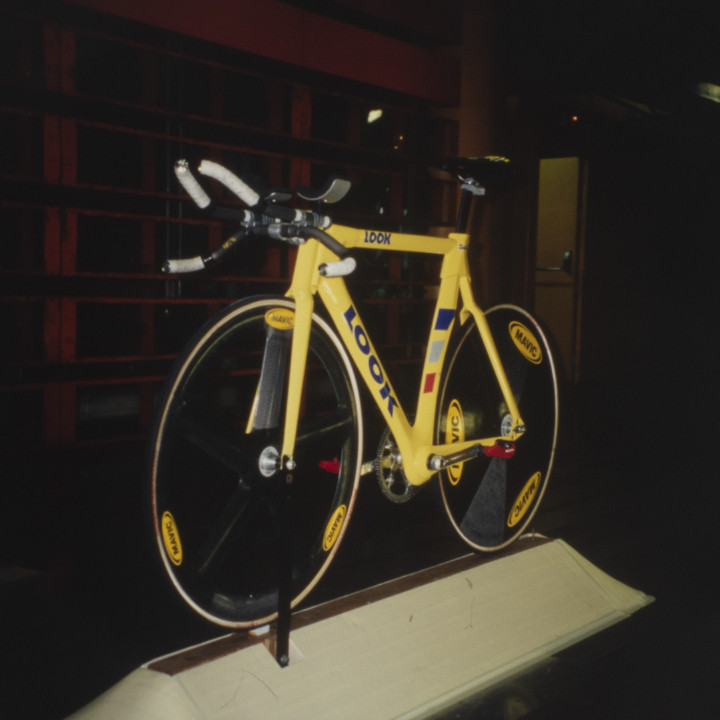 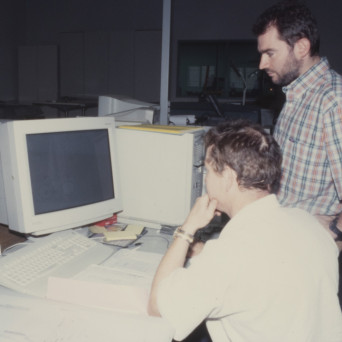 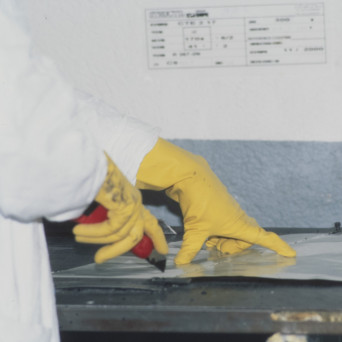 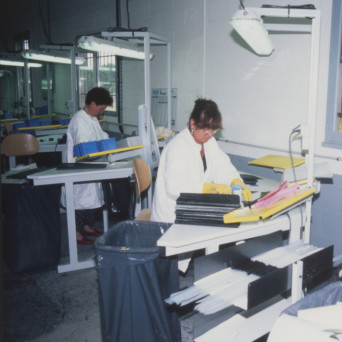 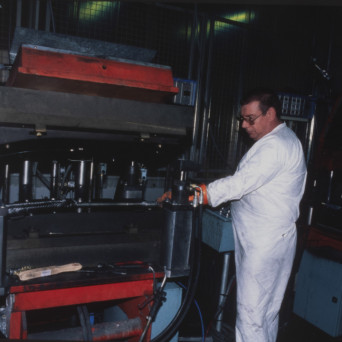 With a the right legs to launch it, the KG 396 brings magic to the velodrome, and it doesn't take the French Team long to figure it out. The Sydney 2000 team includes Florian ROUSSEAU, Arnaud TOURNANT, Laurent GANE, or Felicia BALLANGER and Marion CLIGNET, and each of them races the bike to an Olympic medal.

"The Sydney KG 396 is probably the best bike on the track today. In fact, many other federations are envious of this absolute jewel," says Arnaud Tournant (Team Sprint Olympic Champion in Sydney 2000).

Aboard the KG 396, Arnaud Tournant was the first rider in history to crack the symbolic one-minute barrier for the 1km standing start. 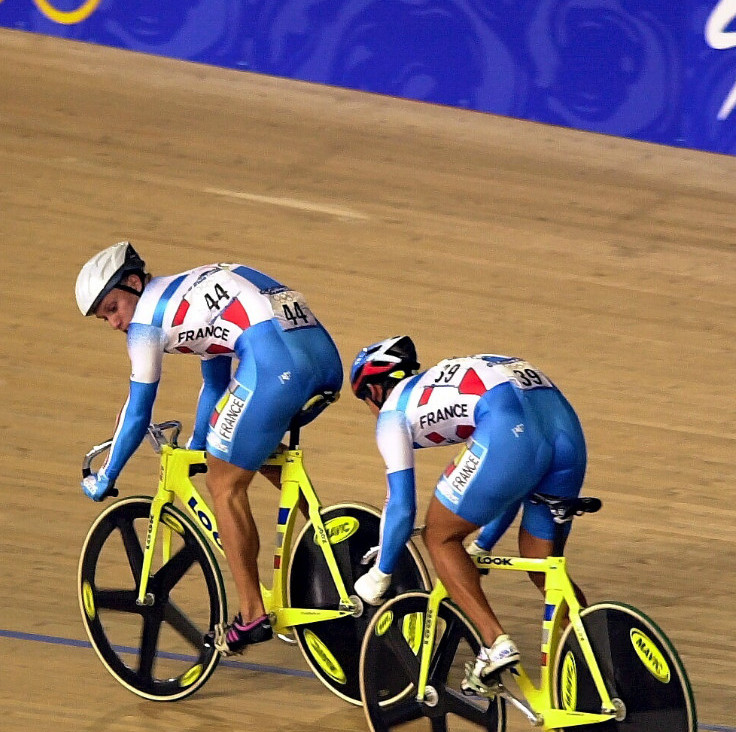 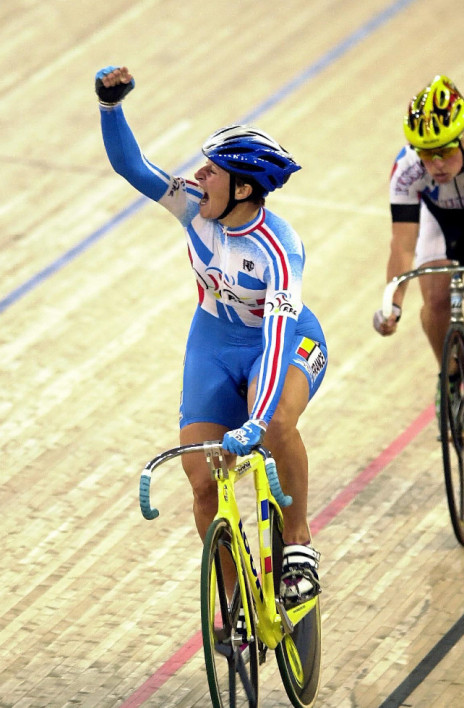 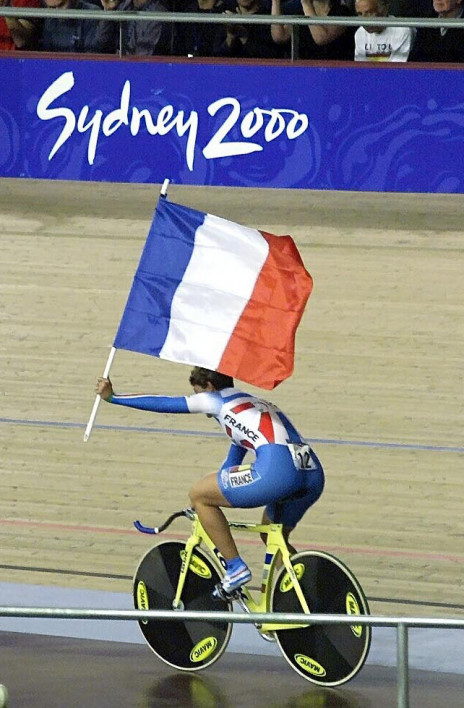 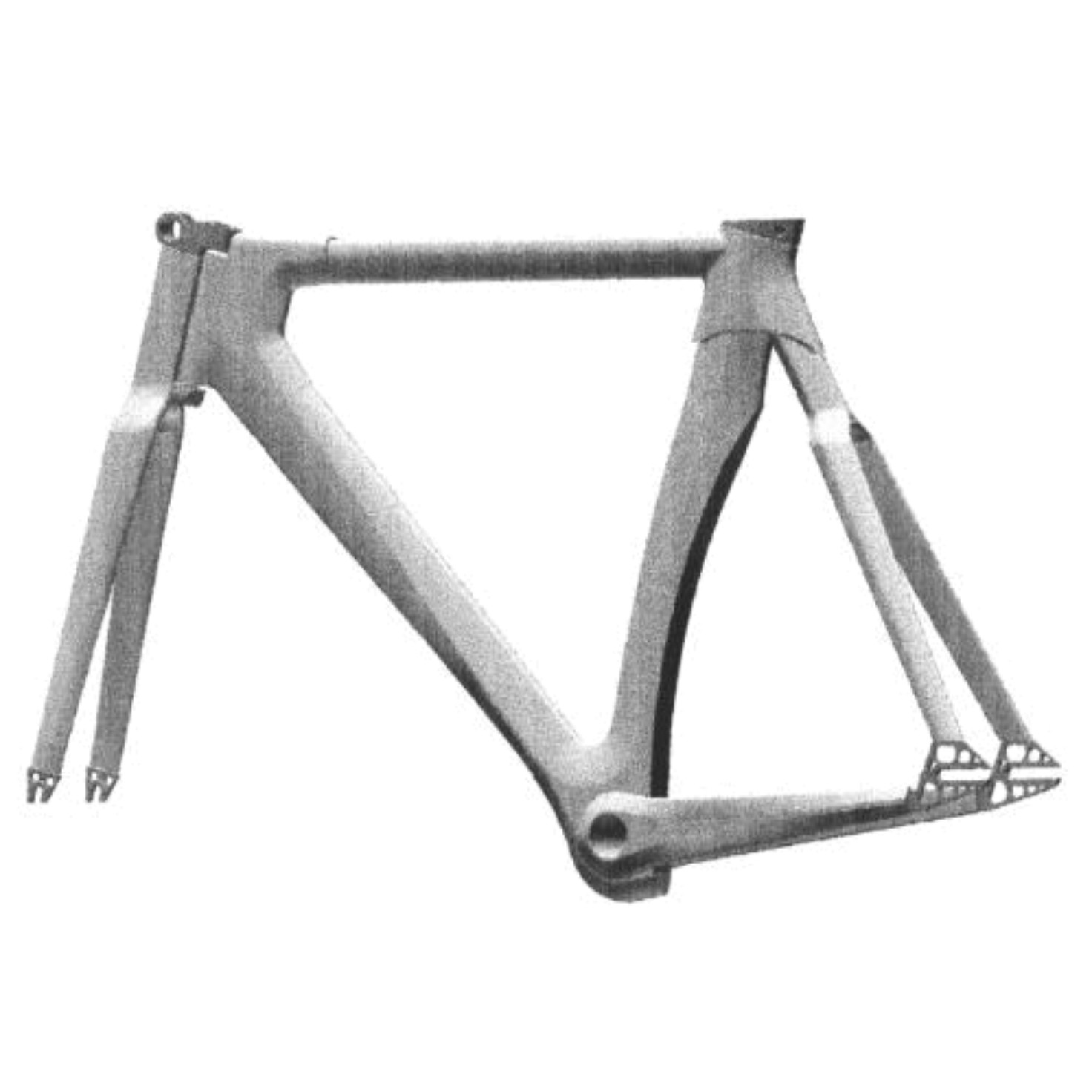 The design is registered on 14 December 1999, with sights firmly set on the Sydney Olympic Games. A patent for the offset fork follows - EP0490120 (B1). This singular fork design was already implemented on the KG 196, and adapted for the new frame. 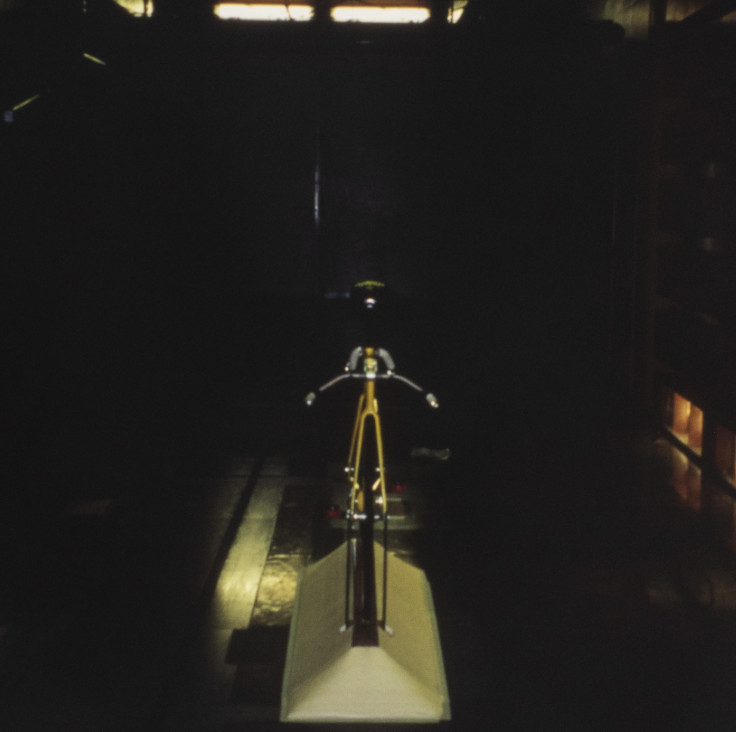 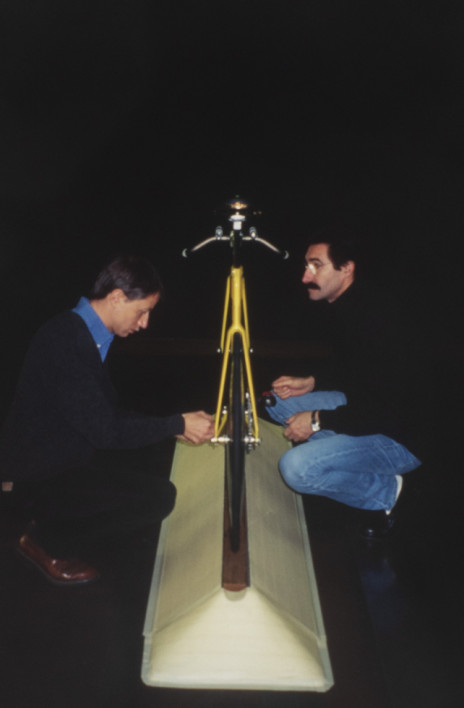 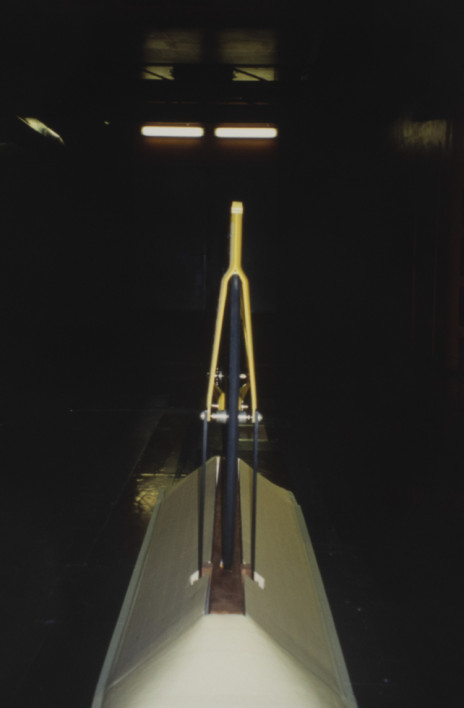 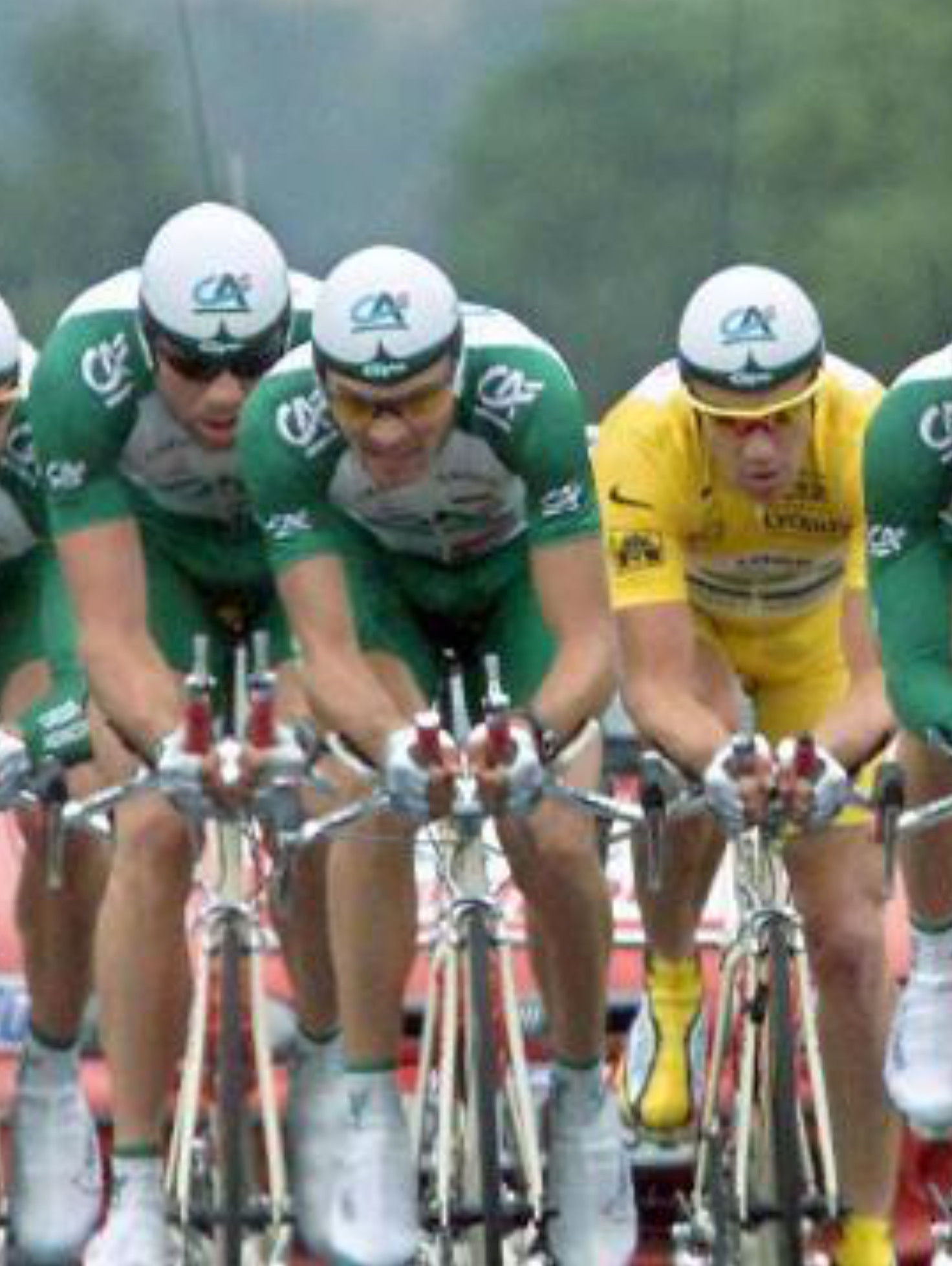 victorious on all terrains

In 2001, the Tour de France sees three teams riding the time trial version of the KG 396: KELME with Santiago Botero, CSC with Laurent Jalabert and the Crédit Agricole team.

The yellow KG 396 is officially integrated in the LOOK range in 2001. This color is removed from the catalogue in 2003, yet the bike remains available in different designs until 2005. 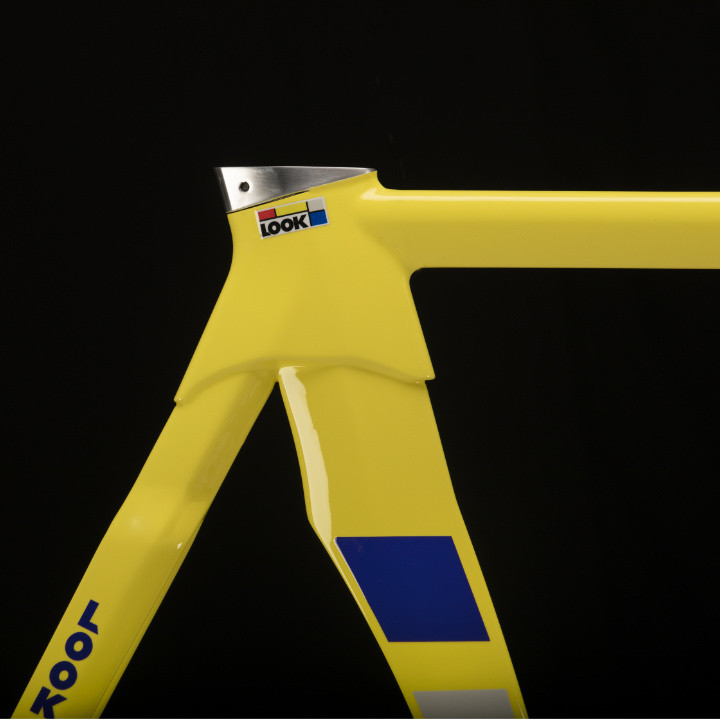 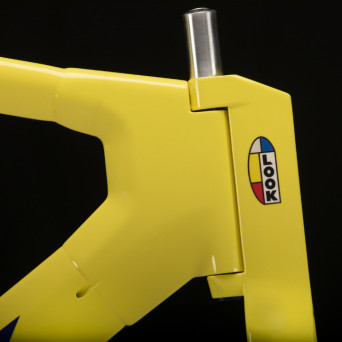 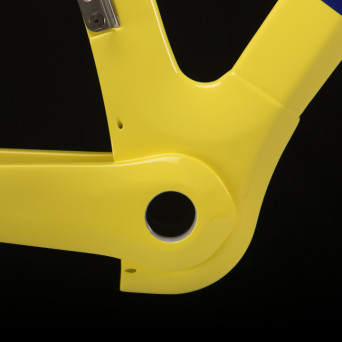 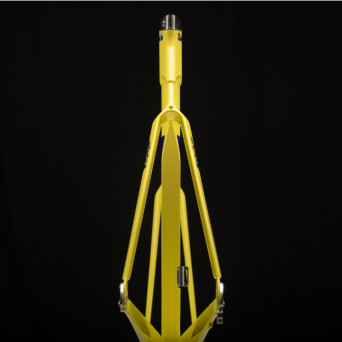 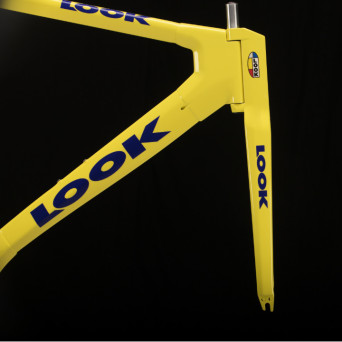 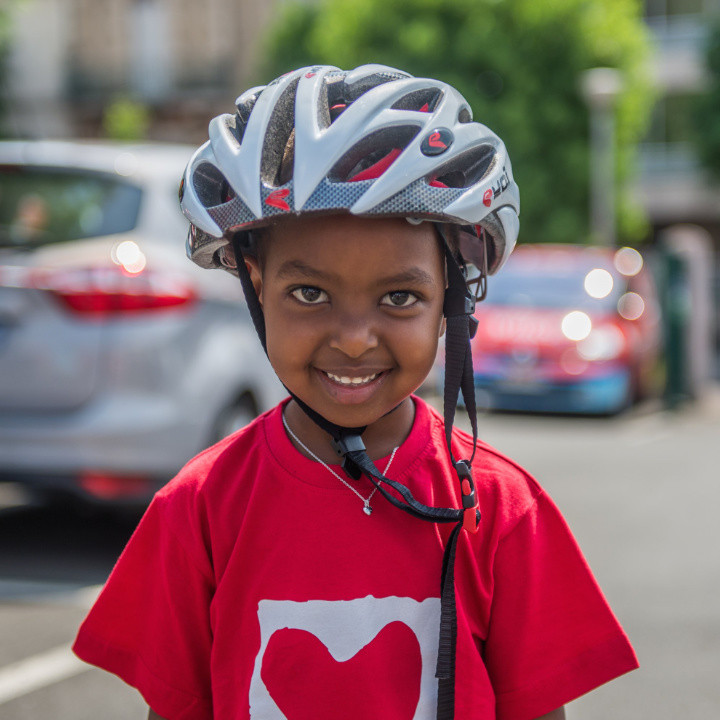 Mécénat Chirurgie Cardiaque Enfants du Monde allows children suffering from heart malformations to come to France and receive operations when they cannot be treated in their home countries due to a lack of financial and technical means. Hosted by volunteer host families and operated on in 9 hospitals throughout France, more than 3,500 children have already been cared for since the creation of the Association in 1996.

To the fundraising campaign

Contribute
Back to top

LOOK CYCLE and its partners use cookies and equivalents to store and access information on your computer, tablet or smartphone and process the data with your consent.
These cookies allow us to ensure optimal performance of the website, measure traffic, display personalized advertisements, carry out targeted campaigns, personalize the interface and enable the sharing of content with social networks. To consent, please click on “Accept”. To refuse, click on “Continue without consent”. You also have the option to manage your preferences.
Your preferences are saved for 6 months. You can modify them at any time by clicking on the "Manage cookies" button.